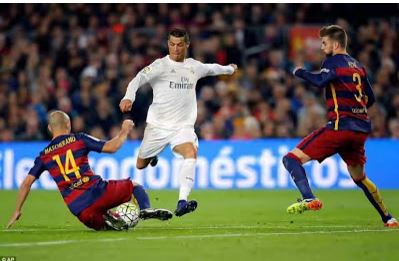 The biggest game in club football took place last night and Madrid ran out 1-2 winners after coming from behind at the Camp Nou thanks to Ronaldo’s 85th minute effort. Pique gave Barcelona lead with a thumping 57th minute header but Benzema leveled scores with an acrobatic effort in the 62th min. 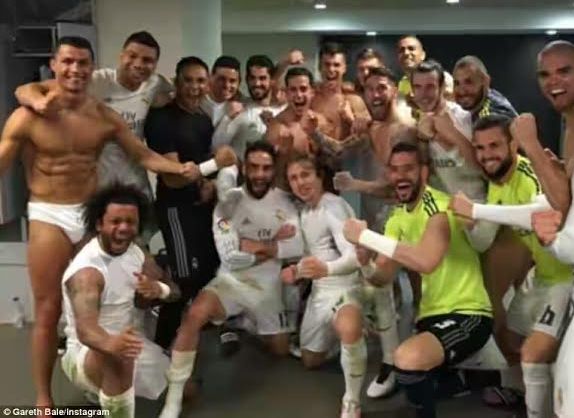 Madrid had captain, Sergio Ramos sent off for a second bookable offence but kept on the pressure and true to the script, it was Ronaldo who fired home in the 85th minute to settle affairs.

Gareth Bale posted a pic on social media showing the Madrid team celebrating in the dressing room, Ronaldo can be seen in just his pants with his muscles on show. 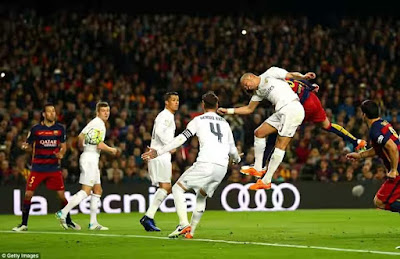 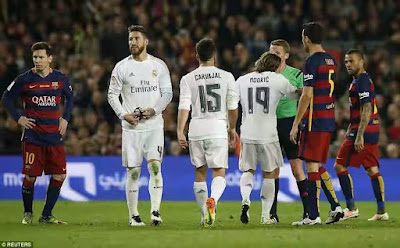 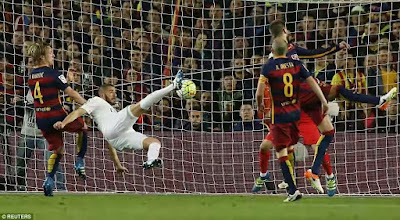