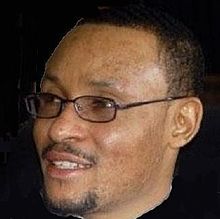 19 registered political parties in Nigeria, yesterday, called on the Chairman, Code of Conduct Tribunal (CCT), Danladi Umar, to step down from the trial of the President of the Senate, Bukola Saraki.

The political parties alleged that the tribunal chairman had failed to demonstrate a dispassion that is required of anyone sitting in judgment over other.

Briefing newsmen yesterday in Abuja, National Chairman of the Labour Party (LP), Alhaji Abdulkadir Abdusalam, said that the trial of Saraki at the CCT has serious implications for the survival of democracy and the present administration’s fight against corruption.

“Once an anti-corruption is perceived as politically-motivated, the entire war against corruption gets reduced to a means of settling political scores rather than genuine commitment to fighting corruption,” Abdusalam said.

The LP Chairman stressed that the only way President Muhammadu Buhari could prove that his government is indeed more serious about fighting corruption is to direct an immediate investigation into the circumstances that led to the Economic and Financial Crimes Commission (EFCC) issuing a letter of clearance to Umar.

“Anyone who wants to come to equity must come with clean hands. We recall that the chairman of the tribunal himself is under investigations by the EFCC on allegations of bribery and corruption. We observed however that the preponderance of evidence that has been deployed so far against Saraki, including the principal prosecution witness in the matter were supplied by the EFCC,” the LP chairman noted.

The National Chairman of ADC, Ralph Nwosu, spoke in agreement. He said that if the matter was not properly handled, it could derail our political process.

“We want the case tried but the CCT chairman is compromised and must step down,” Nwosu held.