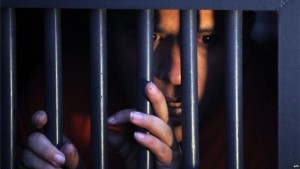 David Archer of Mostyn, Flintshire, admitted three counts of shoplifting at Flintshire Magistrates’ Court on Tuesday. He was jailed for 120 days. He stole aftershave and alcohol at different shops in February and April and asked for three further offences to be taken into consideration. Archer, 61, has 364 previous convictions from 162 court appearances, including 278 for shoplifting.

Prosecutor Rhian Jackson said Archer had been released from prison on 12 February, only to steal aftershave on 29 February, followed by thefts of whiskey and vodka on 7 April. He was bailed by police and banned from all shops in north Wales apart from one store and a chemist’s, but while on bail he stole from Tesco in Holywell on 11 April.

When caught, he told staff: “Phone the police, report a male who is a regular shoplifter.” Three bottles of whiskey were found on him. David Jones, defending, said it would be extremely difficult to persuade the court to impose a suspended sentence but things “do appear to be changing”.

A previous hearing was told the serial shoplifter was a heavy drinker who had spent 28 years in jail and every Christmas but one in the last 40 behind bars. Archer was said to have begun stealing at the age of 10.