A 60-year-old woman was caned in public in the North-West of Indonesia’s Sumatra Island on Tuesday after a local district court declared her guilty for selling alcoholic beverages. 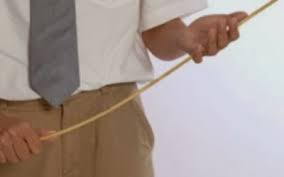 However, the sentence was reduced to 28 strokes due to time she served in detention for 47 days before the court verdict.

“The convict will receive 28 strokes,’’ the verdict read, which was read out by the court prior to the public caning.

Sinaga was among five offenders of Aceh’s strict interpretation of Islamic sharia law who were caned in front of a crowd.

The other four convicts were two couples declared who were guilty for committing adultery.

The first couple, a 19-year-old man and 26-year-old woman, received three strokes each.

The second couple, a former village chief in his 40s and a 30-year-old woman, received 100 strokes each.

Report says Aceh is the only province in Indonesia that implements strict sharia law due to its special autonomy status, and public caning is a common punishment for offenders of its sharia bylaws.