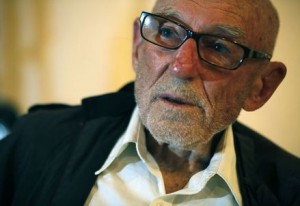 Erik Bauersfeld, who voiced the Rebellion’s Admiral Ackbar in Star Wars: Episode VI – Return Of The Jedi, has died aged 93.

The performer’s manager, Derek Maki, said he died on Sunday at his home in Berkeley, California, after a respected career as a radio dramatist spanning more than 50 years

Bauersfeld spent the most of his career in the radio but stumbled into the Star Wars series while working on a radio project at Lucasfilm.

Bauersfeld spoke one of the most famous lines from the seven-film series so far, “It’s a trap!”, in the third installment Return of the Jedi.

He ended up voicing the roles of both the rebellion’s Admiral Ackbar and Jabba the Hut’s ghostly steward Bib Fortuna in 1983’s Return of the Jedi. Admiral Ackbar also made an appearance in last year’s The Force Awakens.