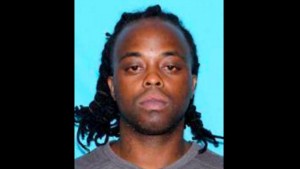 Most suspects might run away from their wanted ads, but 31-year-old Roderick Hill feels differently. On Sunday morning, police in Linden, Alabama posted on Facebook that Hill was wanted, and that anyone caught abetting his escape would be subsequently charged with “hindering prosecution.” So, Hill did what no one else in his situation would do — he responded.

Roderick Hill of Linden and Mobile is wanted for Attempting to Elude, cosidered armed. Anyone caught helping him will be charged with Hindering Prosecution.

Hill is wanted for attempting to elude officers in Marengo County, Alabama. He has a rap sheet in nearby Mobile county, comprised of mostly of non-violent offenses, according to AL.com. One commenter summed up every reader’s reaction.