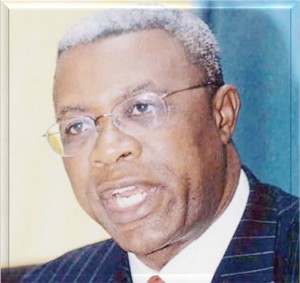 On this day in 2009: Seven high-ranking officials from the Electricity Regulatory Commission in Nigeria were charged with “criminal diversion” of state funds. The Economic and Financial Crimes Commission (EFCC) accused the Chairman, Ransome Owan and six of the agency’s commissioners of diverting about five billion naira ($33 million/26 million euros) for their private use.

Also on this day in 2013: The Nigerian Communications Commission started a number exchange between the country’s four main carriers, allowing customers to keep their number and switch carriers every 90 days for free.

On this day in 2000: In Rwanda Paul Kagame became president and appealed for an end to ethnic strife.

Paul Kagame is the sixth and current President of Rwanda having taken office in 2000 when his predecessor, Pasteur Bizimungu, resigned. Kagame previously commanded the rebel force that ended the 1994 Rwandan Genocide. He was considered Rwanda’s de facto leader when he served as Vice President and Minister of Defence from 1994 to 2000

Equally on this day in 2003: In Senegal nearly a million people traveled to Touba, the hometown of 19th-century religious leader Sheikh Ahmadou Bamba. For Fear over his growing influence, the French exiled Bamba in 1895 to their other colonial holdings in West Africa. Bamba returned to Touba in 1902 to launch and guide one of Senegal’s main Muslim brotherhoods, the Mourides, until his death in 1927.