TUC To FG: Set Up C’ttee To Review Minimum Wage 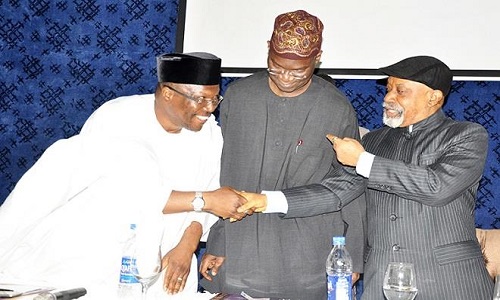 The Trade Union Congress (TUC) Monday called on the federal government to set up a tripartite committee that will look into the national minimum wage and review it.
The National President of the Congress, Comrade Bobboi Bala Kaigama, made the call in Ilorin, the Kwara State capital while declaring a two-day annual industrial relations workshop open recently.
“We are looking forward for a tripartite committee to be set-up by federal government to review the salary.
“We are hoping for a tripartite committee to be set up by federal government comprising of its agencies and representatives of the organised labour (TUC and NLC) to deliberate, prepare a bill and send it to the National Assembly for amendment of the National Minimum Wage”, Kaigama said.
Speaking on the passage of the 2016 budget, the TUC president said Nigerians should begin to see some changes in the country once President Muhammadu Buhari signed it into law.
“We are waiting for the execution of change mantra budget which has just been passed by the National Assembly. In the coming month, we should begin to see certain achievements that will make Nigerians believe or otherwise the policies of the current administration. We hope that they will not forget and be carried away by the euphoria of victory as four years is just like four days”, he said.
Mr. Kaigama expressed optimism that the economy of the country under the current administration will be better.