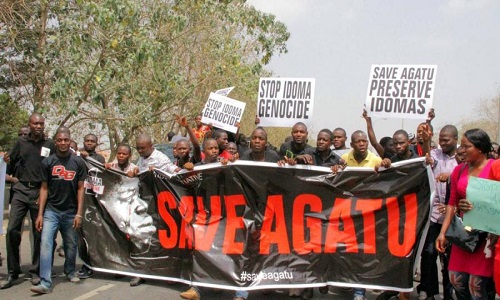 The representative of the United Nations High Commissioner for Refugees to Nigeria and Economic Community of West African States (ECOWAS), Mrs. Angele Dikongue Atangana, says the attacks in Agatu local government area of Benue State by people suspected to be Fulani herdsmen left the area in total ruin.

“In my 20 years of working as a humanitarian, I have never seen such a level of destruction. If steps are not taken, the crisis can affect the country as a whole,” said Atangana, who was led on the tour of the area by Ezekiel Adaji, the Deputy Chairman, House of Representatives Committee on Internally Displaced Persons, Refugees and North East Development Initiative.

Addressing the Internally Displaced Persons, IDPs, at the Ugbokpo camp, Atangana disclosed that the UN body had donated non-food items worth over N20 million to the IDPs, stating that the items were with the State Emergency Management Agency, SEMA, in Makurdi.