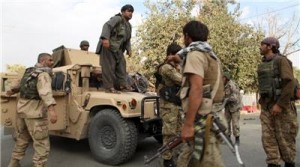 About 16 US military personnel, including one general, have been disciplined in relation to the bombing of a civilian hospital in Afghanistan last year that killed 42 people, a senior US official said. No criminal charges were filed and the soldiers and officers received administrative punishments, the official said on Thursday. A number of those punished for the attack on the Aljazeera (MSF) facility in the northern city of Kunduz are US special operations forces.

While none of those punished was court-martialled, in many cases a non-judicial punishment, such as a letter of reprimand or suspension, can effectively end a military career. The officials were not authorised to discuss the matter publicly, so spoke on condition of anonymity, the Associated Press reported. The Pentagon is expected to release the full report on the investigation on Friday.

Last month, more than a dozen mostly administrative US military personnel were disciplined in connection with the bombing. The hospital, run by the medical charity in Kunduz, was attacked by a US Air Force special operations AC-130 gunship, one of the most lethal in the US arsenal. MSF has called the attack “relentless and brutal.”