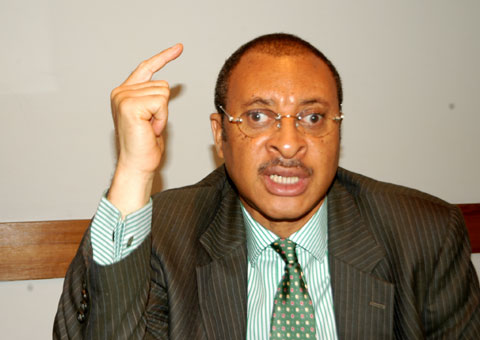 Renowned political-economist Professor Pat Utomi, yesterday, attributed the current economic woes in the country to lack of vision of the political class.

Utomi, who spoke at the 2nd SMC-NRGI, media conference series 2016, themed “Economic survival in a period of dwindling oil prices,” said the political class in the country was filled with lazy individuals.

“We have a lazy political class that is not visionary enough to see the need to reposition the country in the right policies that will shore up growth and stability in our economy without the sense of playing selfish,” he said.

“The play in this is such that corruption has created a custom of people with money without the thought or foresight to create jobs for its citizens.”

Professor Utomi also maintained that government was more responsible for the rot in the country’s economy than moving it forward.

“The government is more responsible for aborting progress than enhancing development for her country,” he said.