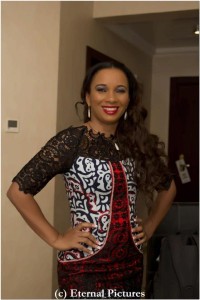 Latest reports emerging say that embattled actress and former president of the AGN, Ibinabo Fiberesima has been granted bail with the of 2 Million naira.

E24-7 Mag reports that Fiberesima was represented by a team of new counsel led by Adeyemi Muiz Banire (SAN), but adds that the bail conditions are terse.

She is expected to present two sureties ‘within the jurisdiction of the court, who most have properties in Lagos.’

Her legal team are reportedly working to secure her release.

In March, the appellate court dismissed her appeal and upheld the 5-year jail term previously handed to her for the death of Lagos doctor, Giwa Suraj.

She was remanded in jail and denied bail, until today.