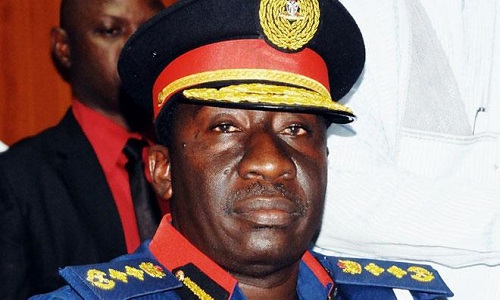 The Commandant General (CG), Nigeria Security and Civil Defense Corps (NSCDC), Abdullahi Muhammadu, has warned that Nigeria risks sitting on a keg of gunpowder if government fails to work on the psyche of adults and especially children, whose parents were murdered by Boko Haram insurgents.
This process, Muhammadu argued, should take pre-eminence over material assistance to victims of insurgency in the country.
The NSCDC boss gave the warning in Abuja at the opening ceremony of the third edition of security management training for directors and senior managers of private security firms in Nigeria.
According to Muhammadu, a recent visit to an Internally Displaced Persons (IDPs) camp in Maiduguri, the Borno State capital, revealed that there are over five thousand orphans there.
His words: “Terrorism in Nigeria has taken a different dimension. Some years ago, we never thought in our lives that in Nigeria we would have suicide bombers. Today, we have them among our children.
“We have to wake up to fight this virus in our system now. I was opportune to be among the team that went to the North-East with the minister and the service chiefs.
“What I saw on ground in the aftermath of Boko Haram, honestly, if you go there as a Nigerian, you will weep.
“In Maiduguri alone, when we visited one of the Internally Displaced Persons (IDP) camps, we saw more than 5,000 orphans.
“Some of the members of the House of Representatives who went with us could not stand the situation. They went out crying because when you see a nine years old girl crying and you ask her, where is your father and she tells you that in her presence her father was slaughtered, what do you do? And where is your mother? She says her mother was shot in the breast and she fell down and that she had a scar on her head and you could see it.
“So what do we do to fight this virus out of the system?”