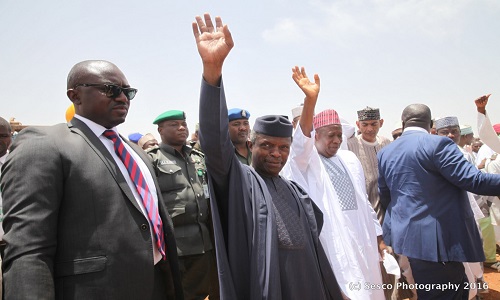 The Presidency has denied reports that Vice President Yemi Osinbajo was greeted with protests by Kano residents when he visited the state on Saturday.
There were reports hundreds of Kano residents bombarded the vice president, who was on a state visit, with tales of their sufferings under the All Progressives Congress-led government.
“We are suffering, no fuel, no power, no money”, PREMIUM TIMES reported some of the protesters as chanting.
The online medium further said residents in Sabon Gari town were seen carrying placards with different inscriptions lamenting the current economic situation in the North’s economic nerve centre.
But in a rebuttal, the presidency said the reports were inaccurate.
The Senior Special Assistant to the Vice President on Media and Publicity, Laolu Akande, said Mr. Osinbajo was warmly received in Kano, and that there was no protest of any kind.
“No one carried placards,” Mr. Akande said. “There were no protesters and the VP did not address them since there were none. His spoke with and to the people that gathered around when he visited the market”.
“On the contrary, the crowd’s response was very friendly all the way, like I tweeted from location. I have even seen videos of cheers during the trip”, the spokesman added.
Mr. Akande also sent photos to back up his claim of a warm reception accorded Vice President Osinbajo during the Kano visit. 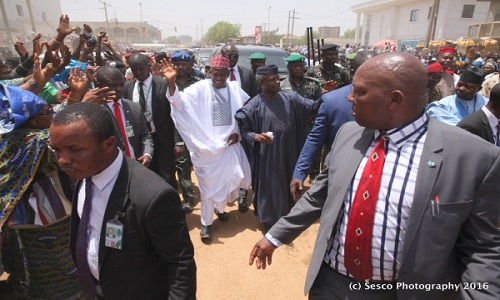 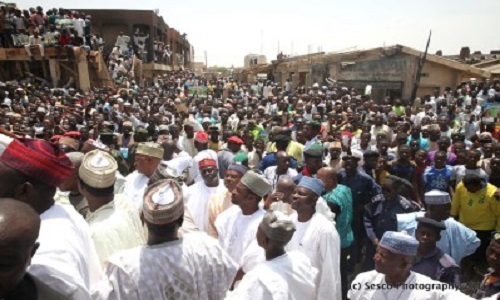 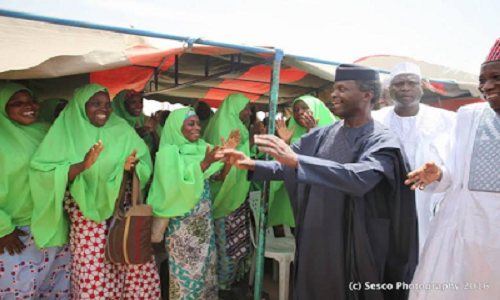 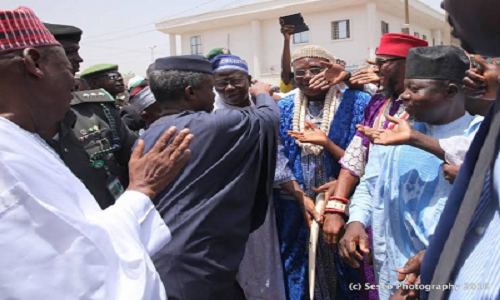 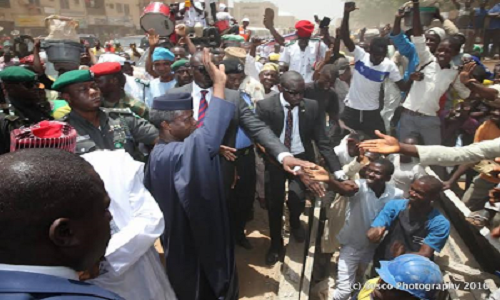 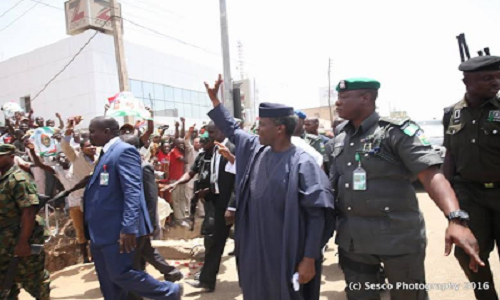