Rooney earns about £300,000-a-week at United, which makes him the highest-paid player in the Barclays Premier League, as well as endorsements with Nike and Samsung.

Tennis brothers Andy and Jamie Murray are second with a joint worth of £58m, though £57m of it is contributed by world No 2 Andy. Others on the list include Rory McIlroy, Gareth Bale, Falcao and Amir Khan. 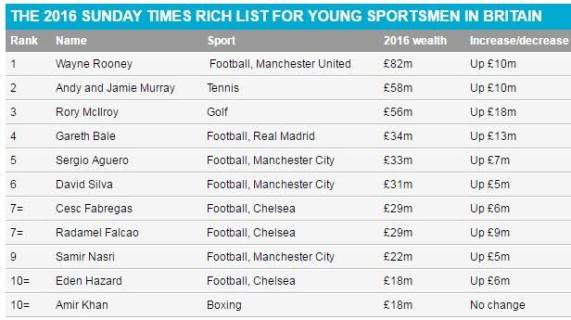