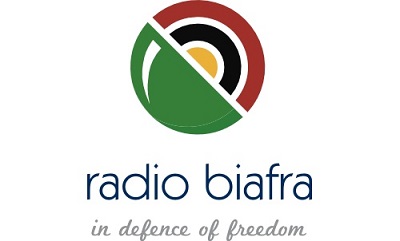 The Indigenous Peoples of Biafra (IPOB) has said that Radio Biafra, which was proscribed by the Fed¬eral Government, is back on air.
Late last year, the Federal Government announced it had successfully taken the satellite-transmitted radio station off air.
But in a press statement issued by its Media and Publicity Officer, Emma Powerful yesterday, IPOB announced the return of the ra¬dio station.
Radio Biafra is based in the United Kingdom (UK) but its ra¬dio signals are received in differ¬ent parts of the South East and South-South regions.
The executive director of the radio station, Nnamdi Kanu, is presently in detention, standing trial for treasonable felony.
According to IPOB, the tele¬vision wing of the organ¬isation will soon come on stream.
The statement read in part: “Right now we are back on short¬wave after the Nigerian govern¬ment spent millions of dollars of tax-payers money trying to stop Radio Biafra…We are unstop¬pable because Chukwuka Okike Abiama is on our side”.
Meanwhile, in continuation of its struggle to actualize Biafra Republic, IPOB has said that its next move “will shake the whole world”.
In a press statement issued yesterday by its spokesper¬sons, Dr. Clifford Iroanya, and Emma Nmezu, in Umuahia, Abia State, the group said: “We are IPOB and we do things in a unique way, so our next outing will shake the whole earth. The worst mistake this gov¬ernment made is to arrest our leader and now they are begin¬ning to discover how formidable we are”.
The pro-Biafra group, which last week threatended to resume its suspended protests, said the decision to keep the date for the fresh protests under wraps was deliberate and strategic.
“Our resumption of protest is imminent but for understandable reasons we can’t give you details yet”, the statement said.
IPOB also advised its de¬tained leader, Mr. Kanu, to stop eating every food brought to him including the ones by close family members, alleging it might be poisoned by those who want him dead.