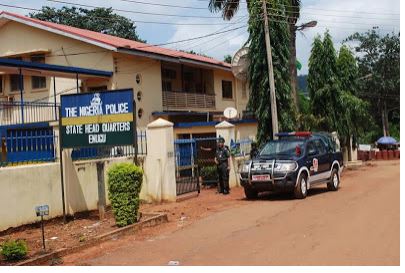 Enugu State Police Command has arrested a 35-year-old woman identified as Nneka Ifeoze for allegedly torturing her 9-year-old house help with hot pressing iron. The young girl is currently battling with severe pains and injuries. The statement below…

“A 35 year old woman who gave her name as one Nneka Ifeoze from Nkwere in Imo state but residing at No 3 Ava Okocha street of mount in Enugu South LGA of Enugu south have been nabbed by the operatives of the State police command for allegedly using a hot pressing Iron on the househelp which caused her injury on her body.

“It was however gathered that the victim identified as Oluebube Orji also from Nkwere in Imo state and 9 yrs old is said to have gone into the black book of the madam on 24/4/16 at about 8pm when the madam allegedly came back to discover that her two year old boy who is under the care of Oluebube as house help was allegedly assaulted and also that Oluebube ate the food of the 2 year old boy.
“Putting the two together,suspect became angry and headed for her plugged pressing iron,unplugged it and used it on Oluebube Orji which left her with series of injury on her body. Meanwhile,victim have been rushed to a nearby hospital for medical attentions.”