6 Amazing Tips On How To Avoid Being A Controlling Partner 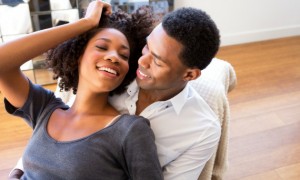 Even though there are a lot of great things about having a significant other, being in a relationship isn’t easy… . It seems like more people than ever are worried that their partner is going to cheat on them or betray them in some way, largely in part to social media. Facebook messenger, Instagram, Twitter DMs, and the privacy of Snapchat make it super simple to be sneaky and do things behind bae’s back. This realization can lead to a lot of people becoming paranoid and jealous, not to mention feeling a lack of self-esteem as they compare themselves to everyone else. All of these emotions can quickly lead to controlling behavior in a relationship, which can ruin things fast.No one wants a controlling girlfriend (just like no one wants a controlling boyfriend). Constantly feeling the need to check up on bae and follow their every move isn’t okay. Getting mad when your partner doesn’t do exactly what you want them to do isn’t acceptable. Snooping through your partner’s things and trying to be around them 24/7 is smothering. If these things sound familiar to you, you probably need to take a step back and evaluate your relationship and why you’re acting the way you are. INFORMATION NIGERIA brings to you in this piece 6 amazing tips on how to avoid being a controlling partner.

Make Suggestions Instead Of Being Bossy

Sometimes we think our partner is destined for greater things because we see a lot of potential in them, so we try to help them do certain things. It’s great to try to help your partner grow and improve in life, but there’s a fine line between being helpful and being bossy and controlling. Telling your partner what to do when to do it is not helping. You want to be supportive, not demanding. Give advice, make suggestions, and be gentle. If they choose not to follow your advice and do what they want, you have to accept that. It’s their life and their choices!

Demanding something from your boyfriend is indeed a form of being too controlling. It makes it seem like you don’t have any respect for him and comes across as you telling him what to do rather than you asking for something politely. Remember the old school rules: always say “please” when asking for something, say “thank you” when he does something nice, and return favors

Remember when in a relationship, it’s crucial to spend some time alone and focus on yourself. Rather than obsessing over bae’s every move, take time to do something you enjoy doing. Having your own life outside of your relationship is vital for keeping things from getting too controlling – and it’s healthy for you guys!

Communicate When You Feel Jealous

Everyone gets jealous, and that’s okay. what’s not okay is acting controlling because of that jealousy. If you’re freaking out about something bae is doing, talk to them about it or confront them. Don’t get weird and start trying to control their every move. Trust is a huge part of a relationship and you have to learn how to communicate instead of acting out.

Yes, looking through your partner’s private things is considered controlling. Don’t start the cycle of checking their texts, signing onto their Facebook, or monitoring their every “like” on Instagram. It’s not fair to your partner and a really unhealthy relationship habit.

Keep In Mind You Can’t Change A Person

Everyone has their quirks and their flaws. As much as you think you might be able to change a person, you really can’t. Trying to force someone into doing the things you want them to do isn’t right or fair. You can’t mold anyone into who you want them to be, so don’t try. Remember that everyone is their own person and you need to respect that.