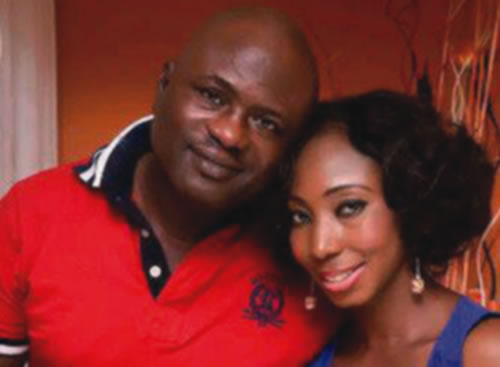 Lekan Shonde, a depot worker in the Apapa area of Lagos State, said his wife of eight years changed after she allegedly started dating the general manager of a publishing company. He claimed to had caught her on the night he allegedly murdered her, speaking to her alleged lover and allegedly telling him, how she enjoyed having sex with him and how he(the lover) was better than her husband in bed. Mr Shonde had said that the last time he beat his wife was three years ago after a disagreement, saying he had never touched her afterwards. INFORMATION NIGERIA having analyzed Shonde’s statement to PUNCH has these 6 questions to ask…

1.Shonde has revealed to PUNCH, that his late wife was working with GTB as a marketer, but she got sacked three years ago. For that period, he was the one feeding her and taking responsibility for everything in the family and stated that he would wash her pants, bathe the children and buy foodstuffs in the house. For someone who  goes to work everyday and comes back home to wash the pants of a wife who has no job and bathe their kids,, leaves us wondering.

2.He said his wife went to Abuja and came back on Monday,where she had allegedly gone with her lover and  slept together in the same room for  four days and when she came back, she didn’t know he was inside the house. She started talking with the man on the phone that she really had fun with him and he(husband) didn’t know how to make love. He confronted her and she confirmed that she was dating the other man. He asked her to leave the house but she refused. Didn’t she have parents or relates he could report to??? Afterall infidelity is a serious offence in Nigerian marriages right??

3. “Around 9pm on Thursday(the day he allegedly murdered her), he said they had argument about money, after he found out, she had takenN20,000 and when he asked her to return my money, she said she had spent it. The same woman who had allegedly admitted to dating another man? He’s making her seem very powerful and he was just a puppet in the marriage.

4.On the same night of the alleged murder, that is, three days after she admitted that she was dating another man, and he(husband had asked her to leave the house which she didn’t, he said he still bought the food that they both ate because she said she didn’t want to cook. Who does that???

5. Also on the fateful night, he said he  pushed her hand away from him on the staircase and he left her but noted that she never tumbled or fell. He didn’t know anything had happened to her until Friday when he saw her on the staircase and thought she was still pretending and walked away. So, how does someone pretend to be dead on the stairs from Thursday night to Friday morning???

6. He also said “I am a Lagos boy and I can be in this Lagos for the next 30 years and nobody would see me,” what does he probably mean by that???