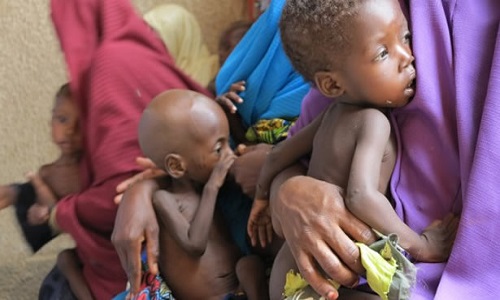 A bill seeking to fight hunger in the country Tuesday scaled through second reading at the Senate.
The bill tagged “A bill for an Act to make provision for freedom from hunger and right to adequate food of acceptable quality, right of every child to basic nutrition and for connected purposes”, was sponsored by Senator Theodore Orji (PDP, Abia Central).
Leading the debate on the general principles of the bill, Orji said the bill sought to make provision for freedom from hunger, create basic right to food of acceptable quality and the right of every child to basic nutrition.
The former Abia governor argued that the right to food was basic human right, which protects the right of all human beings to be free from hunger, food insecurity and malnutrition.
Orji said the bill sought to establish Food Security Agency (FSA) to formulate strategies and programmes for the realization of the rights to food in the country.
It was learnt that the bill was unanimously supported by senators especially ex-governors, who are currently senators as they all agreed on the need to have food security in the country.
In his remarks Senate President Bukola Saraki referred the bill to the Senate committees on Agriculture and Rural Development.
“The persistent hunger and malnourishment is unacceptable and it is our responsibility as lawmakers to fight it through legislation”, he said.