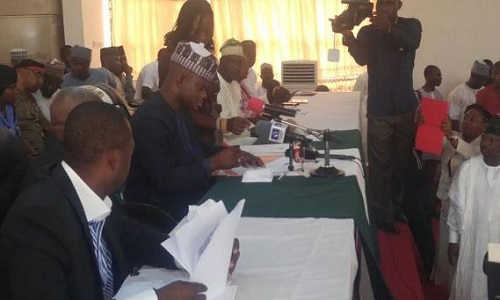 Governor Yahaya Bello of Kogi State has warned the newly-appointed administrators of local government councils in the state against sleaze, saying anyone caught stealing from the public treasury will be jailed.
Bello gave the warning while inaugurating the new council administrators inside the Glass House in Lugard House, Lokoja on Friday.
The governor enjoined the new council administrators to key into the new direction policy of his administration by improving the lives of their people.
He said, “This is a position of trust given to each of you to impact on the lives of your people. Our administration is committed to empowering the people of this state and today, you have been appointed as agents of this initiative.
“The funds that come to the local government councils belong to the people and should be used to improve education, health, agriculture and rural infrastructure. The era of stashing away local government funds in foreign and local bank accounts of private individuals is over. Under my watch, the resources of the people will work for them. Anybody caught stealing Kogi people’s money will be jailed”.
Gov. Bello noted that his administration had granted full financial autonomy to the Local Government Areas in the state, warning the administrators against being arm-twisted by officials of his government.
“I will not demand a dime from you. Any of my officials who demand money from you should be exposed. We are serious about fighting corruption in line with the policy of President Muhammadu Buhari administration at the centre.
“That said, we will beam our searchlight on the operations of your respective Local Government Areas to ensure you act in line with the rule of law. Nobody influenced your appointments. I considered you as partners in my onerous task of developing the state”. 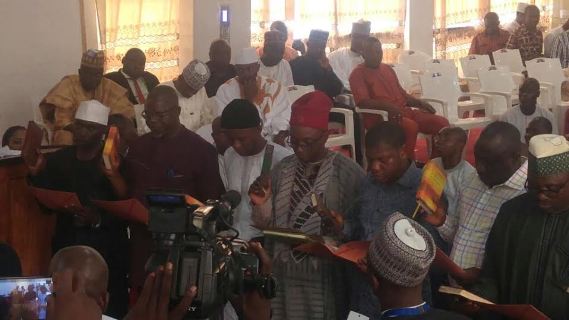 He also expressed appreciation to the outgoing council chairmen for their cooperation with his government, assuring them of the readiness of his administration to work with their forum.
Speaking on behalf of the outgoing council bosses, the Chairman of the Conference of Local Government Chairmen in the state, Aloysius Okino, described Governor Bello as a “magnanimous democrat and a listener who will surely take the state to the Promise Land”.