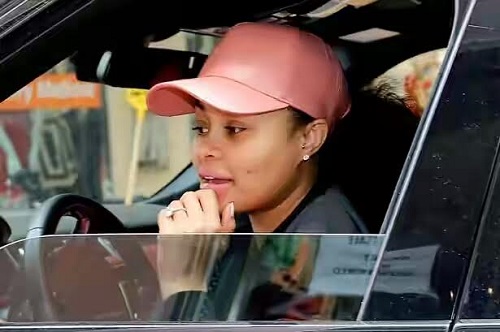 Blac Chyna has been pictured in public for the first time following her and Rob Kardashian’s baby news bombshell.

The mum-of-one was seen with a pal at a petrol station in Los Angeles shortly after she revealed she was expecting her first child with sock designer Rob.

The make-up free star, who was wearing a pink baseball cap, failed to raise a smile as she sat in the driver’s seat chatting on her phone. 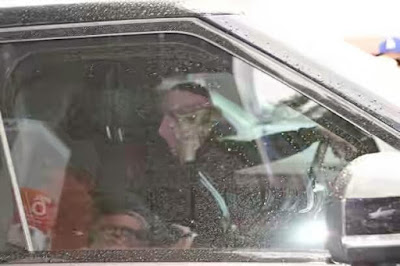 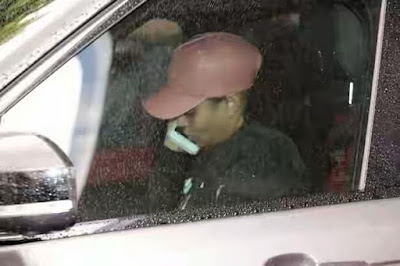