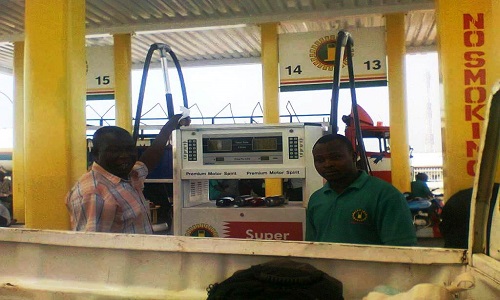 After weeks of speculation, the Federal Government on Wednesday removed subsidy on Premium Motor Spirit (PMS) popularly called petrol.
Following the removal of subsidy, petrol will now sell for N145 per litre.
Over the years, government bore the burden of paying subsidy on petroleum products imported into the country by independent oil marketers.
Under the subsidy regime, landing cost of fuel, plus the distribution margins included in the Petroleum Product Pricing Regulatory Agency (PPPRA) pricing template have always imposed on government the extra burden of shouldering all costs in excess of a fixed retail pump price of N86 per litre.
Until January this year when the price of crude oil at the international market dropped to less than $28 per barrel, government was paying subsidy in hundreds of billions of Naira annually throughout the period of high oil prices.
However, following the introduction of price modulating mechanism by the current administration, marketers were forced, for the first time, to refund to the PPPRA costs recovered for importing fuel at a landing price lower than government approved price band of N85.50 per litre for NNPC mega stations and N86 for other stations.
A review of the latest PPPRA fuel pricing template for April 28 showed that retail price for petrol stood at N99.38, indicating a fresh subsidy level of between N12.08 and N13.08 per litre.
Details later…