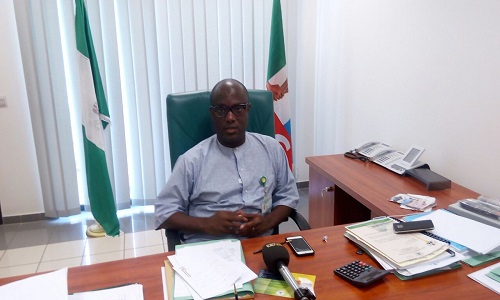 The member representing Ikorodu Federal Constituency in the House of Representatives, Hon. Babajimi Benson, has once again urged Nigerians not to lose faith in the President Muhammadu Buhari-led federal government.
The lawmaker, who was reacting to the signing of the 2016 budget by the president, expressed confidence that Nigerians would soon begin to feel the impact of good governance.
Benson, who cautioned those complaining about the seeming slow pace of governance, said they should always remember that the country was in deep crises before the emergence of the current administration and time was needed to come up with effective ways of salvaging the situation.
The federal lawmaker stated this during a meeting with members of the iCARE Movement in Ikorodu at the weekend.
Benson, who said the APC administration in Lagos State is determined to fulfill all its electoral promises, said, “President Buhari has learnt from the past mistakes of previous administrations and he is taking his time to avert mistakes”.
He further said with the signing of the budget by President Buhari last week, Nigerians should expect to see the gradual implementation of programmes already outlined by the ruling party, adding that the current administrations at both federal and state levels are people friendly and as such, the welfare of Nigerians will take the front burner always.
“I am happy, like most Nigerians, that the budget has finally being signed by the President. It is a good development and we must all know that following the long delay, what we finally got signed into law is a budget that is tailored to put the people first in all things. Henceforth, we should begin to see the fulfillment of electoral promises.
“Like the federal government, the APC government in Lagos State, led by Governor Akinwunmi Ambode, is also determined to fulfill electoral promises made to the good people of the state. APC as a party will not fail the people and I can only urge us all to believe in the change we voted for”, he said.
Benson thanked the people of Ikorodu for believing in him and promised not to let them down in any way.
“You all sent me to Abuja. I am in Abuja for you and I will always put your interest first in all I do or say at the national assembly”, he added.