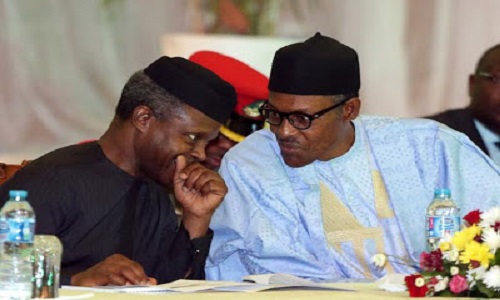 The Code of Conduct Bureau (CCB) has completed the verification of assets declared by President Muhammadu Buhari, Vice President Yemi Osinbajo, Senate President Bukola Saraki and others top officials of the current administration.
In a statement Wednesday, the CCB said it was not true, as reported by a newspaper, that it was yet to conclude the verification of assets declared by Buhari, Osinbajo, Saraki and others.
The statement, signed by the CCB’s Head, Press and Protocol Unit, Mohammad Idris, noted that more than ever before, the rate of compliance to assets declaration requirement by public officers has increased since the inception of this administration.
“The said publication is another trick to misinform the public so as to undermine the on-going trials of cases of false declaration of assets before the Code of Conduct Tribunal (CCT).
“Since the inception of the present administration under President Muhammadu Buhari, the rate of compliance by public officials in responding to assets declaration has greatly increased.
“The Bureau will like to use this medium to appeal to those who are yet to declare their Assets to visit the Asokoro Head office of No 23, Halle Salasi Street Asokoro, Abuja to collect, fill and submit same to the office,” Idris said.
Our correspondent recalls that Buhari and Osinbajo publicly declared their assets in line with their personal commitment to lead by example.