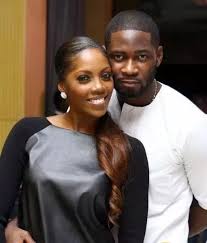 Controversial movie producer and writer, Charles Novia has published his opinion on the current issue trending in the country’s entertainment scene.

In a long post, Novia suggests that Tiwa Savage and her PR team were only trying to play a game of damage control, comparing the interview to something ‘Olivia Pope’ would have done.

He also suggests that the image of humility portrayed in the video by wearing a scarf  was not in line with the image she had been trying to project since she became a hit in the entertainment industry.

Among several other things, Mr. Novia is of the opinion that Tiwa should have maintained a stance of dignified silence, and that now that she has blown open all the secrets of her marriage, her husband, Tee Billz, might be moved to indeed commit suicide.

Read the full article below:

“I watched the video interview of Tiwa Savage. And I have a few thoughts on it.

“Seems to me that the basic idea, coming from a PR perspective, was to pull a fast Olivia Pope ish on the scandal which broke a few hours ago. And  understandably so. Tiwa Savage is a Brand Ambassador for a few top brands such asMTN, Pepsi and Pampers.

“Whatever the negative fallout of this impending and scandalous divorce, it’s going to have some downside a bit on the brands she campaigns for. So a fast ‘tell-my-side-of-the-story mode’ had to be employed and fast too.

“I don’ t know if a professional PR person was involved with the packaging but it was tacky. Not professionally done, in my opinion. I’m not harping on what she said, as those things are her personal heart cry and she has a right of reply but I’m more interested in the optics of what has been put out.

“First, perhaps in a bid to elicit some linear empathy or something, Tiwa was made to think that looking humble and contrite corresponds with tying a dormitory scarf on her head and looking casual in a T Shirt was a good way to send the message home. I think it only demystified her brand more. This is a video which would be watched for years to come and even more so by her kid. Having tried so hard to be a Beyonce clone in Nigeria (and that’s my perception of her artistic projections all these years), she should have known too that Beyonce never plays with her optics in any way. That scarf and sombre look wasn’t the right optics, if you ask me. There are more visually acceptable ways of projecting a diva’s side of the story and her PR team ( if she has any) messed it up there.

“I’m asking myself too if the proprietary of having such an interview twenty four hours after the scandal was advisable. For many, it wouldn’t matter but for some, perhaps a little dignified silence would have been advisable. Ma’am, you are supposed to be pop queen. You be ‘ Dorodiva’. A simple press statement that you and your family would love to have your privacy respected at these trying period and bla bla bla  would have kept everyone a bit cool till a proper interview surfaces. Recent clamping up lessons from Toke Makinwa would have helped.

“And the spilling though! I really have nothing to say on that much. First, every marriage have peculiar challenges. And couples try to work things out till the pressure point either makes the marriage go South or force the brakes for reconciliation.

“I have written many times about couples, especially celebrity couples who ‘flash and form’ seemingly pristine lifestyles on social media and I always end my homilies with the caveat that incessant kudos by one or even both partners to each other on social media at the slightest opportunity, are indications of a festering problem in that marriage. It’s the way it is here. The guy can be pummeling the wife every morning and she still would go up on social media to post his picture with words like ‘the only one for me…my lover, my life’. Incredible.

“In her interview, Tiwa said she dreaded his birthdays or wedding anniversaries because of “what people would say”. Sad, when a marriage is predicated on keeping up appearances for the public when it should actually be more private for both couples.

“Like I said, what she said in the interview is her right of reply. I would sympathise with her beyond the cosmetic sympathies she’s getting from fans, friends and fiends. She wanted a fairy tale life, worked hard to build it but found out that she was kissed by a frog who didn’t turn out to be the Prince she desired. My sympathy would be on the truncation of that dream and really not the nightmare she woke up from. Because she created it with him. And it had its entertainment value for the fans who lapped it all up.

“He was still legally married, from reports back then which were either squashed or played down,  yet she ignored the alarm bells and still went ahead to marry him “after the traditional introduction”. What was celebrated in far away Dubai was just a reception for the introduction perhaps and not the legal nuptials. I stand to be corrected on this?

The gods are wise!

“She has denied the allegations of the trysts she purportedly had with Don Jazzy, Dr Sid and Tuface. Just as well too. Because I’m sure those guys must have had some temporary flaccidity after Tee’s ‘depressed’ rant. Person go just siddon e own and next tin your name go dey for somebody gbanshing list! Na wa o.

“And hasn’t this marital incubus taken its toll on her career in the past year? I think it has. In my opinion, this last album of Tiwa is crap. It’s quite a flat album. And it’s being received as such since its release in December. Perhaps the matrimonial shenanigans distracted the focus.”

It’s going to be hard work to rebuild her career from here on. Hard work.

“But she could just reinvent her career too. She seems like one who came into the scene with a ferocious focus to be on top. And she was arguably the biggest female act on he scene before perhaps a personal yearn for emotional fulfilment veered her off the path. And in trying to make a comeback, it hasn’t been easy. The fans have limited patience and other female rivals have come on the scene.

“Somehow, some comic relief seems to have come out of this. And it is perhaps culinary by inference. ‘ Edible Catering’. Talk about choking on one’s swallow! No pun intended.

“I do not know how people psycho-analysed that Tee Blizz’s instagram rants were as a result of depression. It seemed like a drunken or spaced-out outcry to me when I read it. And an accompanying recant on twitter later that his account was hacked seemed too like some silly sobriety thereafter. It’s high time these celebrities stop using the hacking excuse to cover up for infantile discretions.

“In all of this, I do feel some little sympathy for the couple. But there is a larger lesson to be learnt from all this by them and intending couples too ; stop trying to keep up with The Joneses when in actual fact you have forgotten that you are The Jegedes. Keep the ish real.

“Oh….and if Tee Blizz was really hovering around the Lekki Ikoyi bridge as reported,  for a suicide swim from which he was saved by Banky and others, then I would advise a whole squad or eagle – eyed friends to surround all bridges in Lagos after this Tiwa’s interview.

“She cleaned him out. Finished his ass like he messed up hers the day before.

“Depression? Nigger’s likely to see any bathtub as a river after he watches this video.”