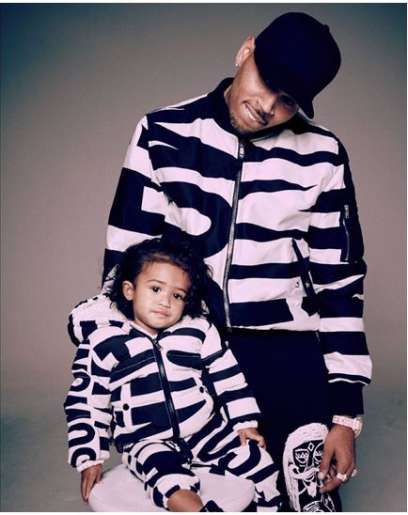 Superstar singer, Chris Brown is definitely excited after winning his joint custody battle for his daughter, Royalty, with his baby mama, Nia Guzman.

Chris Brown won the court case after Guzman had filed a lawsuit against Brown to restrict his custody of their daughter over his alleged drug usage, as well as his affiliation with violent gangs.

TMZ reports that Guzman’s lawsuit had alleged that Brown was unfit to care for Royalty, without strict supervision.

Guzman had been aiming for supervised visits, while requesting via another lawsuit that, her child support allowance be increased from $2,500 to $16,000 per month.

However, the Judge had struck out the custody case, maintaining that the pair have joint legal/physical custody, adding that Brown did not have to be monitored.

Guzman had first filed for sole custody in September of 2015, but had lost to Brown, as the court had ruled for joint custody between the pair.