A top staff member of a Lagos-based multinational company and his wife (name withheld) were robbed in their home on Thursday a few hours after they moved into their new apartment. 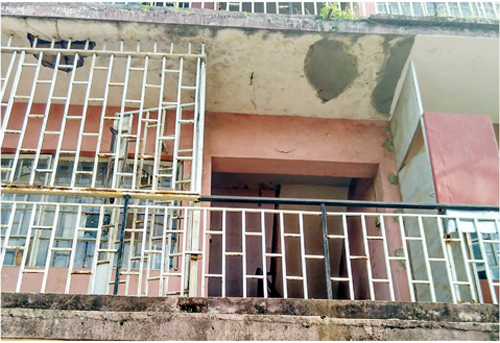 The incident happened at No 20, Oyegunwa Street, Ladipo area of Shogunle in Oshodi/Isolo Local Government Area of Lagos State.

The robbers were said to have forced their way into the four-bedroom flat on the first floor of the two-storey building by breaking the main door of the apartment and window net.

The incident was reported to Shogunle Police Division.

The robbers were said to have carted away phones, laptops, jewelry and other valuable items while the occupants were asleep.

“The man and his wife were seen moving into the building in the morning at about 11 am. It was so sad that they were robbed a few hours later,” said a source who did not want his name in print.

Our correspondent learnt that a similar incident happened last December when one of the apartments in the building was robbed.

Recalling the incident, wife of the new tenant, who spoke in confidence said:” We moved into the apartment around 10 am and arranged our belongings till late in the night. We went to bed after midnight in the hope that we would continue from where we stopped the arrangement of our belongings.

“We were shocked to find out this morning that our apartment has been burgled by unknown persons. The incident must have happened around 3 am because we didn’t go to bed until about 2 am. The main door to our apartment was smashed and cut open with sharp objects.” She added:”The robbers broke into my husband’s wardrobe and removed his laptop containing vital information relating to his office. My jewelry, phones and other personal items were also carted. I just thank God the robbers did not touch my daughters when they broke into their room.”