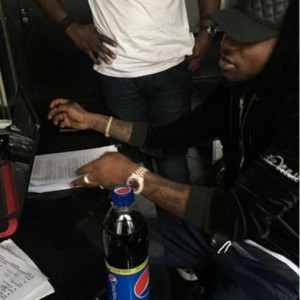 It seems like Davido doesn’t play well as a team or he just has the wrong team members.

Yesterday, He went on Snapchat to reveal that unnamed members of his team are beginning to steal his money.

This allegation comes just a day after he posted yet another photo of stacks of dollars.

This might come as a surprise as Davido is constantly splashing huge sums of money shopping for his team members.

In April, after he bagged the N100 million-Pepsi deal, he revealed he went diamond shopping for each member of his team.

Just news was weeks after he had gifted each person a Rolex President wristwatch, valuing at least $8,000 (N1.5m) each.