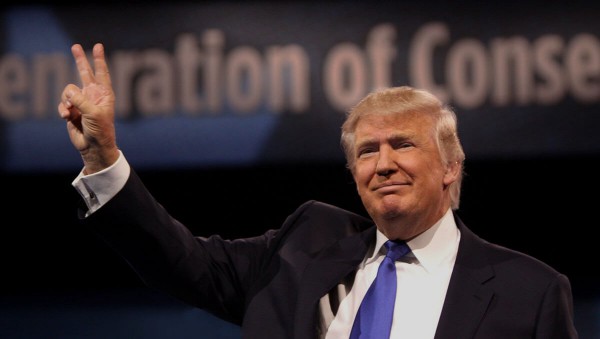 Donald Trump has won enough delegates to clinch the Republican Presidential nomination at the July Convention.

AP has confirmed that Trump has surmounted the benchmark by one as he gained the support of 1,238 delegates out of the 1237 needed to win the Republican nomination for president. Among them is Oklahoma GOP chairwoman Pam Pollard.

According to New York Post, she said “I think he has touched a part of our electorate that doesn’t like where our country is,” Pollard said. “I have no problem supporting Mr. Trump.”

With 303 delegates at stake in five state primaries on June 7, Trump will easily make up his total for an advantageous position at the convention in Cleveland in July.

Trump has long been favorite to clinch the Republican nomination edging out candidates such as Dr. Ben Carson, Marco Rubio and Jeb Bush.