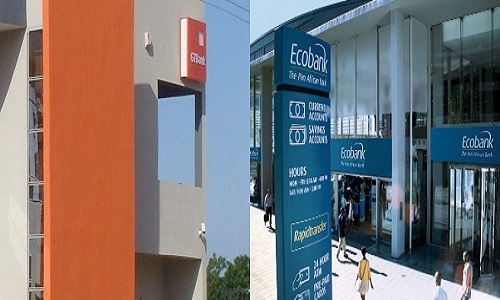 The Ekiti State Internal Revenue Service has closed down two banks in the state over alleged non-remittance of tax.
Officials of the Ekiti IRS on Wednesday morning evacuated staff and customers of Guaranty Trust Bank and Ecobank both located on Secretariat Road at about 8:35 A.M before locking up the banks’ premises.
The operation, which lasted 35 minutes, was without any hiccup as staff of both banks cooperated with the IRS officials by shutting down their operations and exiting the banking halls.
As at the time of publishing this report, there was no formal announcement by the headquarters of either GTB or Ecobank as to the disruption of their operations in Ekiti by the state IRS officials.