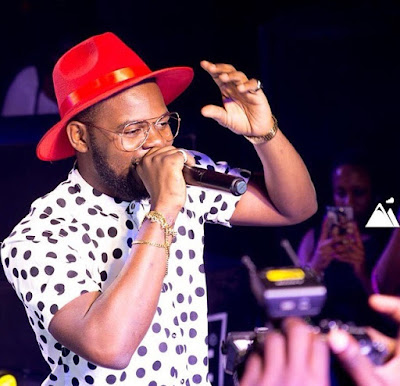 In a recent interview with Punch Newspaper, Nigerian rapper and comic actor, Folarin Falana, popularly known as Falz the Bahd Guy, has revealed what made him to have such funny accent from widely known pidgin english.

“Ever since I was in secondary school, I have had this fake accent. I started with making fun of people and my siblings but as soon as I got into the university, I began to focus on my music and I decided to apply the brand in my music.

After university, the brand began to grow bigger so I decided to branch out and I began to do short and funny videos. Now it puts food on my table,” he said.

The trained lawyer and son of Femi Falana, a Lagos human rights activist, Falz said that he had practised his law profession and even represented some clients in court before delving into music.

“I actively practised for about two years after I was called to the bar in 2012. I was always going to court. It was not easy keeping my alter ego in check but I had to. I had to restrain myself from not being funny.

Those that surrounded me at the time knew as well that I was trying my best to be ‘sane’ because it would have been catastrophic if I had allowed my alter ego to take over. I had to control everything from within,” he said.

Falz also revealed that he doesn’t see himself taking over his father’s popular law chambers.

“I cannot take over my father’s law chambers because it is a law firm and not a family business. There are so many lawyers there that are capable of continuing the legacy; so it is not something that I necessarily have to do,” he said.