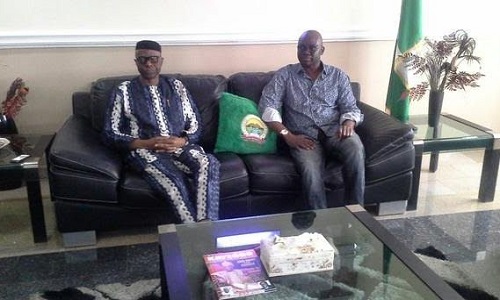 The Governors of Ekiti and Ondo States, Ayo Fayose and Olusegun Mimiko respectively, have been accused of using their positions to cause confusion in the Southwest chapter of the Peoples Democratic Party (PDP).
The immediate past chairman of PDP in Osun State, Alhaji Ganiyu Ola-Oluwa, who spoke yesterday in Osogbo, the state capital, took a swipe at the only two PDP governors in the Southwest geo-political zone, describing them as “selfish” individuals.
Mr. Ola-Oluwa called on Mimiko, who is also chairman of the PDP Governors Forum and Fayose, to stop parading themselves as leaders of the party in the Southwest because they never showed commitment to other states in the zone apart from their own states of Ondo and Ekiti.
He said: “Fayose and Mimiko have never assisted any state in the Southwest but instead use their positions to cause confusion in the zone.
“They act against the principles of the party and bully members as if they are in a conquered territory all in the name of immunity.
“But I want them to remember that their immunity will end one day.
“Under the guise of immunity, they disrupted the party convention.
“They also hindered party chairmen in the zone from getting assistance from party’s national secretariat”.