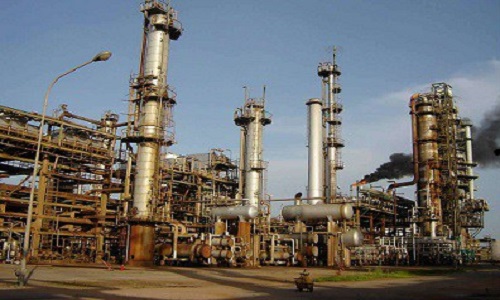 A former Acting Governor of Kogi State, Chief Clarence Olafemi, has called on the Federal Government to liberalize crude oil refining license.
Mr. Olafemi, a member of the Board of Trustees (BoT) of the governing All Progressives Congress (APC), said this will encourage more private participation in crude oil refining in Nigeria.
The ex-acting governor, who made this known in a position paper issued Monday in Lokoja, the Kogi State capital, called on the government to hands off refineries, if it was intent on eliminating corruption in the sector.
Speaking further on the controversy arising from last Wednesday’s announcement of the hike in pump price from N86.50 a litre to N145 per litre, Olafemi called on the authorities to find a balance between reining in the excesses of the private players in the industry and complete deregulation.
According to him: “The best option is to create massive private participation in local refining of crude oil by liberalising licensing.
“The government has no business running a refinery; otherwise we will only be transferring corruption from importation to maintenance/running cost. For example if the government is directly involved in cement manufacturing, we would not by now be where we are as a nation in being self-sufficient in the product and conserving the huge foreign currency for importation of finished cement products.
“Nigeria should quickly and hurriedly remove all obstacles on guidelines for owing a private plant and guaranteeing regular sales of crude to them at international market rate, and you will have a stable and competitive situation in the selling price. Mr. President can safe Nigeria from this recurring perennial problem by focusing in this direction.
“I want to believe some serious impediments still exist that is not attracting both local and international investors from jumping at the offer. Let us remove those impediments immediately and millions of jobs will be created in addition to disposing with this problem of product scarcity and noise about pricing”.
The APC chieftain also called on the government not to abandon the sector to the dictates of market forces, asserting that doing so will be to the detriment of the common man.
He added, “There are factors that represent deregulation, which the businessmen will still form a clique to exploit the ordinary people. This is the reason why the government still needs to intervene in establishing those input and telling the importers to find appropriate source to march the government established parameters. If you therefore want to use English to describe in absolute term what is happening then use regulated deregulation”.