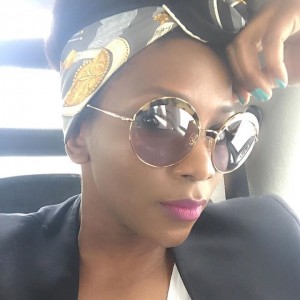 Veteran Nollywood screen goddess, Genevieve made it known in an interview with Ventures Africa that she derived more joy from her first ride compared to the kind of car she drives now.

Genevieve said she is not someone who likes to talk about her wealth but that she must have a minimum of N2, 000 with her anytime because that was her first salary.

On her first ride giving her more joy, she said;

“Even the kind of car I drive right now cannot give me that kind of joy that my first ride gave me. I must have a minimum of my first salary in my wallet — two thousand Naira. I can have more, but that’s the minimum. It was my first salary. It’s dear to my heart. That was my welcome fee into the world of entrepreneurship.

It’s just there. I love it. I spent more than that to get the two thousand though on transport fair, cause by the time they tell you to go and come back so many times, you’ve spent way more than that, but that was who I was. I worked for it. I have to get paid for it. I’d probably squander every money that is dashed to me, but the one I would sweat for, I don’t play with.

On surviving difficult times after her father lost his job twice, moving them from upscale Surulere to Egbeda, the single mother of one said:

“My mother traded, she sold stuff, she got her children to sell stuff for her and we had to. We had no choice. We were living in her house. We cried. She did things you needed to do at that time. Your friends are not doing it. Why should you be the one to be doing it? You’re embarrassed about it, but I’m grateful for that because I think if I wasn’t even given that chance to be humble, I probably wouldn’t appreciate what I have today and understand that it doesn’t make me better than the next person. And I just know that everyone is equal and everyone is entitled to love and respect.”