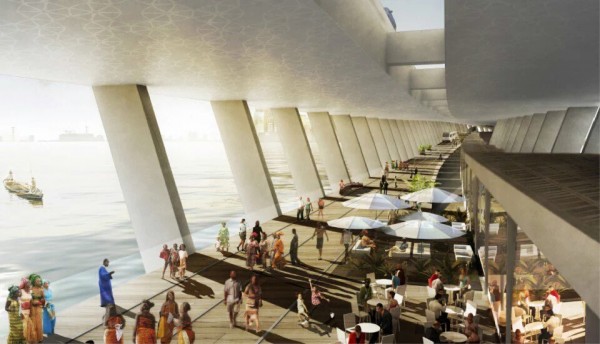 Yesterday, the Lagos state government signed a Memorandum of Understanding on the 4th Mainland Bridge but the designs were yet to be released.

The 4th Mainland Bridge design is an innovative and prototype design of the floating structure in the heart of the metropolitan city.

The design metaphorically suggests a progressive movement towards consolidating efforts to transformation Lagos to the much sang ‘Mega-City’.

This is to situate its navigation system on a world class pedestal, that spans an enormous competitiveness among investors. As well as, to create and sustain the narrative that the state is rising. The designs were created by Kunlé Adeyemi.

Kunle Adeyemi, born and raised in Nigeria, is an architect, designer and ‘urbanist’ with a track record of conceiving and completing high profile, high quality projects internationally. He is the founder of NLÉ, currently developing a number of urban, research and architectural projects in Africa; one of which is Chicoco Radio Media Center; the amphibious building in Delta city of Port Harcourt in Nigeria.

Adeyemi studied architecture at the University of Lagos where he began his early practice, before joining the world renowned Office for Metropolitan Architecture (OMA) in 2002. At OMA, working closely with founder Rem Koolhaas for nearly a decade, he led the design, development and execution of numerous projects in Europe, Asia, Africa and the Middle East. Among these projects were the award winning Samsung Museum of Art, the Seoul National University Museum, NM Rothschild Bank in London, Shenzhen Stock Exchange tower in China, Prada Transformer in South Korea, Qatar National Library and the Qatar Foundation Headquarters

Here are designs of the Bridge that is to serve as an alternative route to the Eastern axis and decongest traffic in the state. 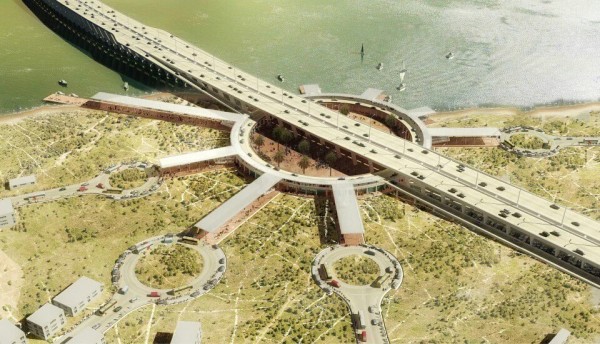 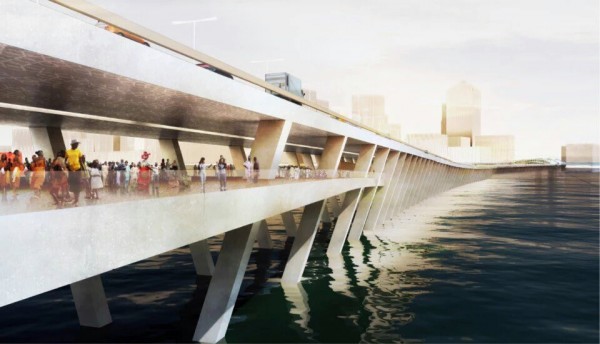 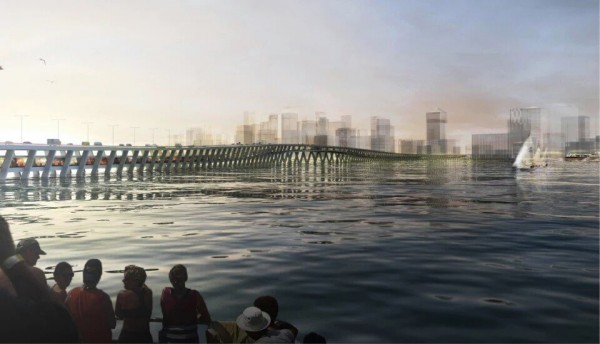