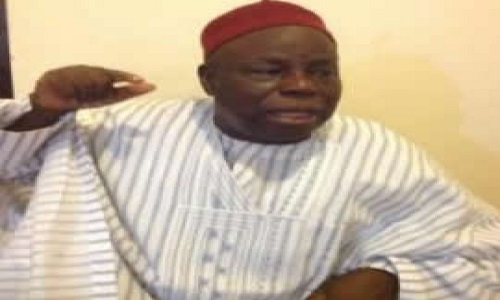 The outgoing Chairman of the People’s Democratic Party (PDP) in Adamawa State, Mr Joel Madaki, has refuted media reports that he promised to refund N5 million to the Economic and Financial Crimes Commission (EFCC).
Recall that Madaki’s name was featured among those said to have received money from former Petroleum Minister, Diezani Alison-Madueke for the 2015 Presidential Campaign.
But the Adamawa PDP chieftain in a statement issued in Yola, the state capital Tuesday, denied making such promise to the anti-graft commission.
“I never promised to return the N5 million.
“What I said was that if it is proven beyond reasonable doubt that the N5 million is from the Presidential Campaign Fund and when it is discovered that it was not used for that purpose, then the Adamawa PDP Secretariat and myself (sic) shall arrange to refund”.
Madaki acknowledged that he received N450 million as campaign fund for the state, but said that the money was delivered to a “Disbursement Committee” at the Government House, Yola.
He maintained that out of the sum, only N5 million was given to the party by the disbursement committee.
“Since I was not a member of the distribution committee, as soon as the money was handed to the committee and they counted it to be correct, I left the venue”, he stated.