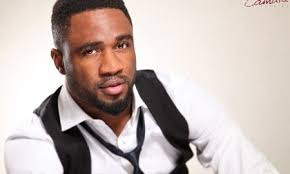 R&B singer, Praiz has emphasized more on his ‘own day’ awarded to him in Minnesota, United States, by the Governor of the State. Praiz says he will be the first African to be rewared that way and says it’s just the way we have Martin Luther King Day. When pressed further on why Nigerians didn’t celebrate this, he said It was more than what many could understand. Praiz disclosed this in an interview with Vanguard. Enjoy…

So Far, How Has The Year Been For You?
It has been a great year for me and I’m grateful to God. My year started on a good note and by God’s grace, I believe it will get even better. It started with a major achievement – I was honoured by the Governor of Minnesota, United States with my own day.
Usually When People Are Honoured With Their Own Day, It’s A Big Deal. But You Were Given That Honour And Most People Didn’t Notice Or Appreciate It….
I think it’s just too big for them to comprehend. Honestly, I didn’t see it coming. Everyday I wake up and stare at the plaque, wondering if it’s real. When I started, I never knew I would achieve this. I just wanted to win awards, make money and be comfortable. I didn’t think I would be honoured in a different way in a different continent altogether. I think it’s a lesson for Nigerians to learn to appreciate their own, we celebrate foreigners we don’t know in our own country and look down on our own. Continue…
So A Particular Day Of The Year Is Dedicated To You?
Yes, even when I’m dead and gone, 6th of February will remain Praiz Adejo Day in America. Just the way you have Martin Luther King Day. If you go to the government website in Minnesota, you’ll see it. The only individual who has gotten that recognition is the great Rollingstone in the UK. The greatest rock band at the time. I’m glad to be the first African to be honoured that way.
What Did You Do To Deserve That Honour?
I think it’s just God’s blessing. I guess God rewarded me for those good deeds I do that I don’t broadcast. You can’t buy or lobby for such proclamations. I tell people to keep being the best at what they do because you never know who’s watching.
Source:Ladun Liadi
Advertisement