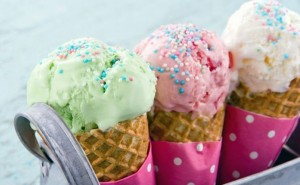 Shortage of ice-cream at a marriage function led to a heated argument between the families of the bride and the groom and resulted in brick-batting in which three police personnel were injured. The wedding was ultimately called off after.

“The incident took place last evening in Mahesh Nagar colony in Mathura, when after the ‘Jaimaala ceremony’ the host and few members from the groom side entered into heated argument over the shortage of ice-cream,” police said. “It finally led to a clash between the two families,” Superintendent of Police (Rural) Arun Kumar Singh said. The groom’s family then called the police, and based on their complaint, seven persons from the bride’s side were arrested, he said.

“Angry over police action, members from the bride’s side, including women, started pelting stone on police and also blocked the road,” Mr Singh said, adding that one constable and two sub-inspectors were injured in brick-batting.

“Also, police had to use force to clear blockade on Raya-Sadabad road,” he added.  FIRs were lodged by both the sides. Following the incident, members from the groom’s side and groom returned without taking his bride.