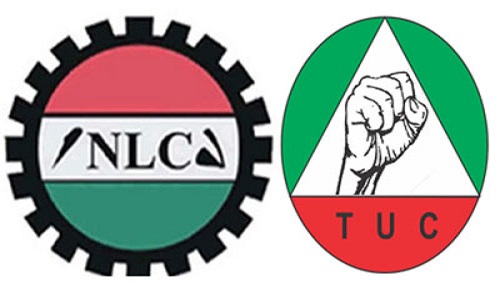 The lawmaker representing Boki II State Constituency in the Cross River State House of Assembly, Mr Hilary Bisong, on Monday called on the Organised Labour to shelve its proposed nationwide strike over the new pump price of petrol.
The organized labour is threatening to embark on indefinite strike from Wednesday to protest the removal of subsidy last Wednesday by the federal government.
The Secretary to Government of the Federation, SGF, Babachir David, is expected to hold a meeting with the leadership of the organized labour today (Monday) to explain government’s decision to remove subsidy and why embarking on strike will not be in national interest.
Reacting to the looming strike in an interview with the News Agency of Nigeria (NAN) in Calabar, the Peoples Democratic Party (PDP) lawmaker said rather than adopt a tough stance to the subsidy removal, the Nigeria Labour Congress (NLC) and the Trade Union Congress (TUC) should dialogue with the Federal Government on the N56,000 minimum wage they presented to the government on May 1.
Bisong, who said the increase from N86.50 to N145 per litre would cause immediate hardship to Nigerians, pointed out the benefits in future.
According to him, the organised labour should shelve the proposed strike and instead negotiate with government on how to increase the national minimum wage from 18,000 to N56,000.
“As we speak, long queues have disappeared from the filling stations in Calabar.
“The increase is painful, but it will benefit us in the nearest future because the government has begun the issuance of import permits to private marketers.
“I urge NLC and TUC to shelve their proposed strike; they should insist on the negotiation and implementation of a new minimum wage to cushion the effect of the fuel price increase.
“There is no way government would increase the pump price and allow the minimum wage to remain at N18, 000.
“This N18,000 can no longer take some people home due to the rising cost of food stuff and other items in the market.
“The government should consider an urgent negotiation with labour for a review of national minimum wage”, he said. (NAN)