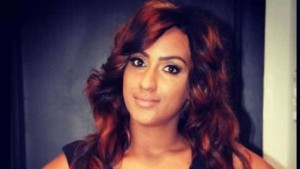 Famous Ghanaian actress, singer, philanthropist and model, Juliet Ibrahim claims that Ghanaians only believe she’s on screen because of her skin color but not because she’s a talented actress.

According to Juliet Ibrahim, she didn’t face a lot of challenges coming into the movie industry but her challenge has always been how to disabuse people’s minds that she’s only on screen because she’s fair.

She said such comments hurt her a lot and she prays people will begin to judge her based on her performance in movies rather than her color.

I didn’t face a lot of challenges when coming to the industry but the challenges I face outside of the industry or to grow bigger as I’ve grown now is everybody out there who thinks that because she’s of a colour, that’s why she’s still on the screens or that’s why people still use her. People have just refused to look beyond that but I want them to judge me or classify me based on the fact that they think that I can act and not just because of my colour. I’m trying so hard to make people at least try and watch my movies so that they can be able to see that I’m doing this.”