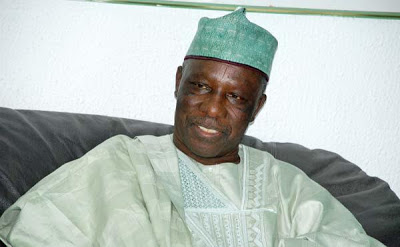 The Kaduna State Government has immortalized a former Governor of the State, Sir Patrick Ibrahim Yakowa by renaming the state-owned General Hospital in Kafanchan after the late politician.
The decision to immortalize the late governor followed the approval of the Kaduna State Executive Council on Tuesday.
According to a statement by the Special Assistant to Governor Nasir El-Rufai on Media and Publicity, Samuel Aruwan, the hospital will henceforth be known as Patrick Yakowa Hospital in honour of the selfless service rendered to the state by the late governor.
Recall that Mr. Yakowa died in an helicopter crash in 2013 in Bayelsa State. He took over as governor of Kaduna state in 2010, to replace his then boss, Governor Namadi Sambo, who had been drafted by then President Goodluck Jonathan as Vice President.
General Hospitals in the major cities in Kaduna State are named in honour of citizens who had made notable contributions to the state.
For instance, the General Hospital in Zaria bears the name of Hajiya Gambo Sawaba, an activist who fought for Nigeria’s independence; the eminent name of Dr. Barau Dikko, the first medical doctor from Northern Nigeria and first President of the Northern Peoples Congress, graces the hospital in Kaduna that was recently accredited as a teaching hospital.
“General hospitals in Kaduna are also named after the revered late Chief of Kagoro, Gwamna Awan, and Alhaji Yusuf Dantsoho, a respected public servant.
“The only exception to this naming trend among the general hospitals in the major cities of Kaduna, Kafanchan and Zaria is the one in Kafanchan. That has now been remedied by the action of the Kaduna State Executive Council”, the statement said.