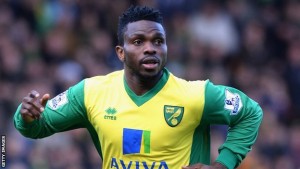 Joseph Yobo has since cemented his place as one of the legends of Nigerian football and as his career winds up, he will get a befitting testimonial match in Port Harcourt to mark his retirement from football today.

It has been reported earlier that the international footballers listed for the testimonial match incude John Terry, Samuel Eto, Yaya Toure, Wayne Rooney and some of Super-Eagles player like Mikel Obi at the testimonial match; and as well appearance of his former manager, David Moyes, and others.

The testimonial game is organized by the Joseph Yobo Foundation in partnership with the Rivers State Government to celebrate a distinguished career.

Black is honoured. Congrats to Joseph Yobo on a bold and brilliant career. #MadeOfBlack #YoboTestimonial pic.twitter.com/0QC5j2mbim

My Coach at @Everton, David Moyes is in town. He must be so proud of his first signing! #YoboTestimonial pic.twitter.com/fClgeFKwEW

Joseph Yobo, who made the announcement of his retirement from international football in 2014, remains Nigeria’s most capped footballer with 101 appearances since he made his debut in 2001.

The stage has been set for the international players to thrill the fans who will join in celebrating the retiring player.