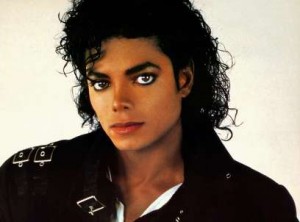 An alleged secret lover of late Pop star Michael Jackson, has reportedly released a tell-all book about her affair with the legendary singer. She claims the affair lasted a period of 20 years.

Shana Mangatal, author of book titled,“Michael and Me: The Untold Story of Michael Jackson’s Secret Romance” claims to havw met MJ back in 1988.

She laid claim to having shared“20 years of different encounters and intimate phone conversations” with Micheal.

Shana’s book reportedly reveals that Michael “loved women” and wasn’t “asexual”, contrary to most of the reports on the singer’s relationship life.

Radar Online reports that Shana had only been able to look through the music icon’s memorabilia and photos, despite being dead for seven years now.

“The book covers all of that from me meeting him as a fan and him flirting with me at our very first meeting and from then on I was like, ‘OK, there’s more to Michael that meets the eye, because he just flirted with me.

Shana also claims that their affair had only ended because Micheal had gotten married.

“He was very respectful of his marriages and that’s why it was sporadic.

“We became really close during the 1993 scandal and he married Lisa Marie so that kind of cut things off a bit until the divorce.”