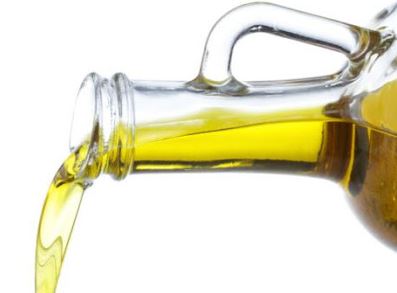 A Lagos housewife, Aduke Mustapha, 44, has narrated before the Igando Customary Court in Lagos how her estranged husband usually poured a substance into her vagina before having sex with her.

The mother of three who is also a fashion designer had lived with her husband for 22 years before she was dragged to court on account of trying to poison her man, Yaya Mustapha, 67.

She denied allegations that she tried to kill the petitioner by poisoning his food, adding that she never planned to take over his property.

She also accused her husband of being fetish.

“My husband always put his finger inside my vagina to pour substance before making love to me.

“Whenever I queried him, he told me that it was anointing oil he was dropping inside my private part to prevent his sudden death,” she said.

She pleaded with the court not to dissolve the marriage, claiming that she was still in love with her husband.

“Please help me to beg him, I am not ready to divorce my husband because I still love him,” she pleaded.

But on Tuesday, the President of the court, Mr Adegboyega Omilola dissolved the marriage, saying that he was convinced that the couple could no longer live together.
According to him, the husband insisted on divorce after several interventions.

“The court has no choice than to dissolve the union in spite of the fact that the wife still claims she loves her husband.

“The court pronounced the marriage between Yaya Mustapha and Aduke Mustapha dissolved today; both parties henceforth ceased to be husband and wife.
“They are free to go their separate ways without any harassment or molestation,” Omilola ruled.

Yaya, a fashion designer, had sought dissolution of his 22-year marriage, alleging threat to his life.

“My wife had made several attempts to kill me in order to inherit my property but always failed.

“She once poisoned my food but I sighted the substance when I was about to eat and I called the attention of our neighbours who confirmed it was poisoned. I informed both family members about it.

“Since those 13 years ago, I stopped eating her food and stopped making love to her because she can also get me through sex.

“Also, she always pressurised me to sell my property to a strange man and I knew she had a mission,” he had told the court.

He said that Aduke abandoned her religion and converted to Christianity without his consent, adding that she always went out at will and in the company of men.