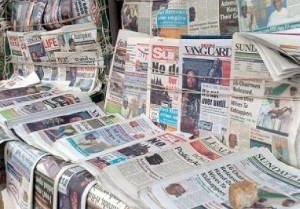 The Convener, Coalition of Democrats for Electoral Reforms, Chief Ayo Opadokun, says the recent increase in fuel price should compel the Federal Government to accept the N56,000 minimum wage proposed by the Nigeria Labour Congress.

Grass to grace aptly summarizes the story of multi-talented actor, Chiedozie Sambasa Nzeribe. Coming from a rough background, Sambasa made his debut in Nollywood in 2013.

Buhari: No Tax Clearance, No Payments by Government

President Muhammadu Buhari on Thursday said his administration would not make any payments, no matter how small to individuals or companies which are unable to provide evidence of tax compliance from the Federal Inland Revenue Service (FIRS).

The crisis within the Peoples Democratic Party (PDP) in Kwara State appears to be unresolved, following the emergence of two sets of executives

The crisis rocking the South West Zonal chapter of the Peoples Democratic Party (PDP) has assumed another dimension as a Federal High Court in Lagos, on Wednesday, restrained the party and its officers from going ahead with the zonal congress scheduled to hold on Saturday, May 14, 2016.

A chieftain of the All Progressives Congress (APC)  in Bayelsa state, has criticise the Justice Kazeem Alogba-led Election Petition Tribunal sitting in Abuja for some of its rulings.