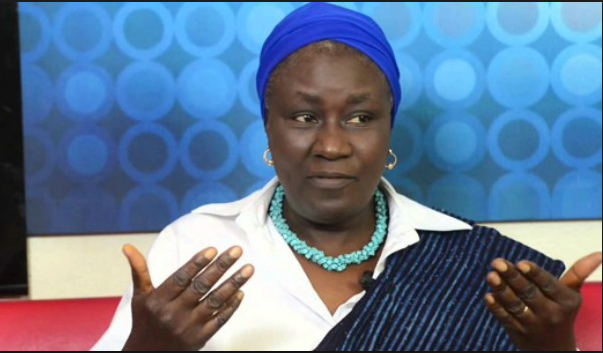 The Presidential candidate of the KOWA Party in the 2015 General Elections, Professor Oluemi Sonaiya took to twitter to outline her views on the Federal Government’s removal of subsidy. 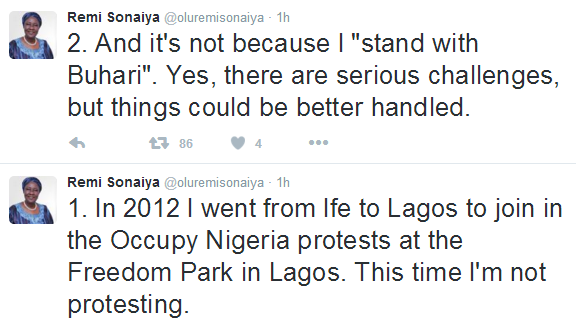 The hike in fuel prices to a new price regime of N145 has become a divisive issue as as a faction of the NLC commenced a nationwide strike action on Wednesday. A section of citizens have questioned why the subsidy removal was opposed during the Jonathan era and is now being accepted during the Buhari administration.

Professor Sonaiya called on the Nigeria Labor Congress to fashion new solutions in order to influence government policies and not remain dependent on just strike actions. She pointed out alternative solutions such as lobbying the legislative arms of government even before some policies are made public.

According to Remi Sonaiya, she joined Occupy Nigeria in 2012 but is not interested in the NLC protest this time around.
She detailed most of her views on Twitter.
Read from bottom up… 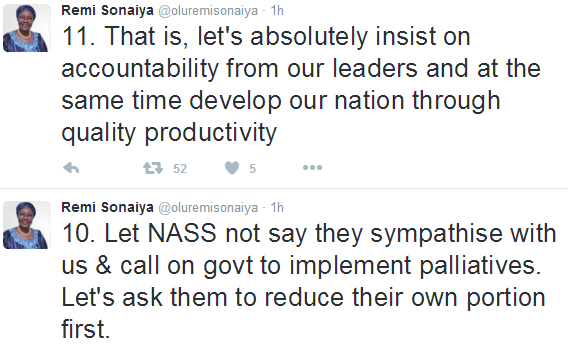 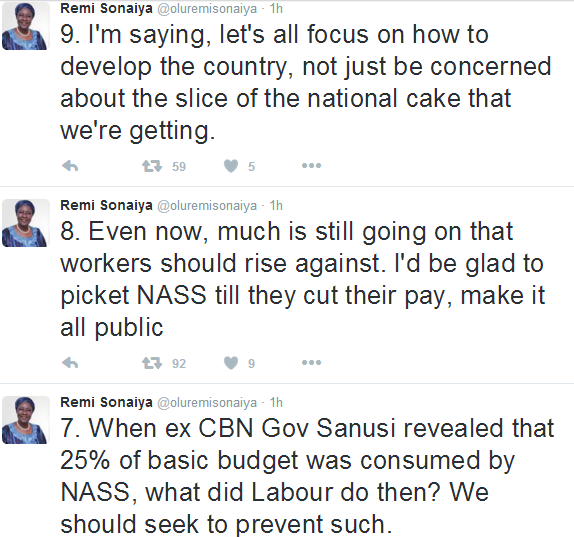 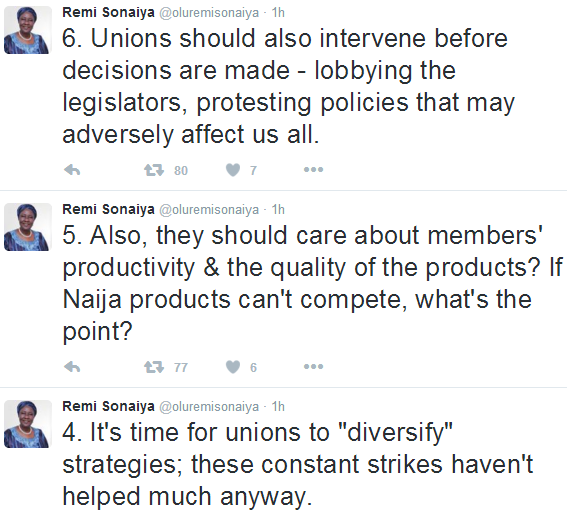