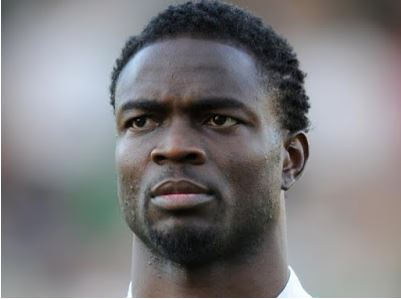 Former Super Eagles player Sam Sodje has urged the Nigerian Football Federation to go ahead with plans to employ a foreign coach as the local coaches haven’t proven themselves when called upon.
Samuel Okeremute Sodje who was a former Nigerian professional footballer who played as a defender for the Super Eagles and was Born in England to Nigerian parents, said the NFF shouldn’t employ a foreign coach just for the sake of his skin color but because of the coaches’ capacity and tactical nous.
“I won’t really want to say foreign coach is what the Eagles need, but I think the rate at which the team is declining, a foreign coach might be what we should consider at this point, no disrespect to our home-grown coaches but not just a foreign coach that is needed just because he’s got a different skin colour, but a proven and good one, someone who has the credentials to speak for him,” said Sodje to AfricanFootball.
“If NFF are not ready for such coach, there is no need to get a foreign coach.”
“No disrespect to Nigerian coaches, but the fact remains we really lack a top-grade manager,” he said.
“There are so many things they can do to improve themselves, though administrators still have a big part to play in this.’ the former Super Eagles player said to AfricanFootball.
“The sad thing is that the few local coaches I have met think they know everything and then they stop learning.”

Share
Facebook
Twitter
WhatsApp
Previous articleJose Mourinho back to coaching, but it’s not Man U and he lost 8-9 (photos)
Next articleAdidas ends sponsorship of Chelsea after a bad season
- Advertisement -Ad ==> Discover how a young Nigerian graduate now makes a consistent 40k per week doing a legitimate online business. You too can start yours now, click here!!!