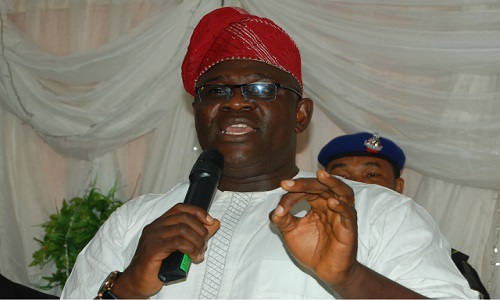 The Chief Whip of the Oyo state House of Assembly, Akimoyede Olafisoye has debunked claims of a scheme to impeach the Speaker of the House, Michael Adeyemo.

Several unconfirmed reports claimed that the Speaker was to be impeached on the grounds of incompetence by the members of the House.

The Chief Whip also spoke about the current inability of the Oyo State government to pay salaries and appealed for patience on the path of the workers in the state.
The chief whip, who noted that lawmakers are aware of the current national financial difficulties which made it difficult for states to pay salaries, called on Nigerians to pray for the country and its leadership.

Mr. Olafisoye said the Assembly will work together with the Senator Abiola Ajimobi administration in the state to ensure prompt payment of salaries just as he urged Nigerians to be patient as the policies of President Muhammadu Buhari will be in their favour at the end.
“Nigerians should support and pray for the President because we will all be living witness to the improvement that will come to the country soon”, he said.