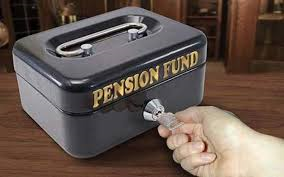 Workers in Ogun State have asked the government to stop forthwith deductions from their salaries for the Contributory Pension Scheme (CPS), alleging that the deducted funds were not being remitted to the Pension Fund Administrators (PFAs).

In Akure, the Ondo State capital, where workers are owed salaries for months, the employees while blaming government for their plight, said they were first observing prayers before taking the next line of action

The state chairman of the Joint Public Service Negotiating Council (JNC), Sunday Adeleye and his Trade Union Congress counterpart, Foladoye Ekundayo, yesterday gave the indication during a church service to mark the celebration at the state capital.